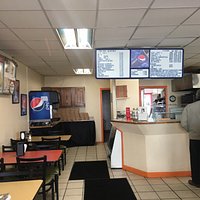 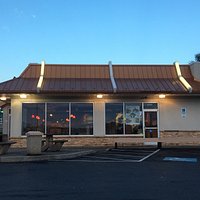 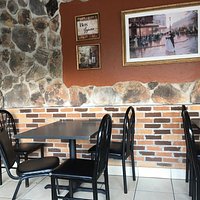 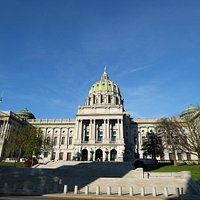 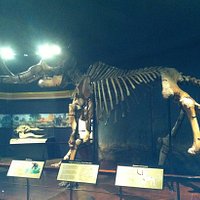 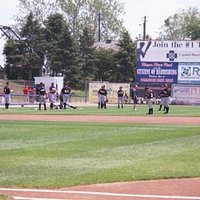 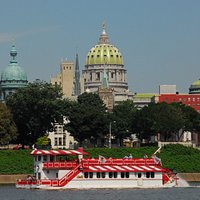 Pride of the Susquehanna
231
2 kmOkręty 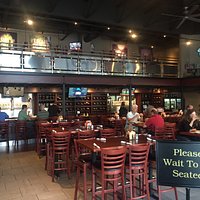 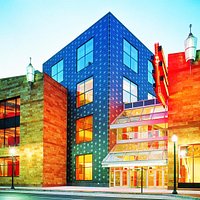 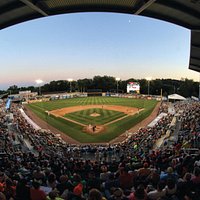 Heidi W
Waldorf, MD52 contributions
Worth the Wait
maj 2021 • Wyjazd w pojedynkę
Didn’t know about this museum until last year and I couldn’t go then because of Covid. So I went today and it was amazing! I practically had the whole museum to myself. Spent 3 hours here taking in the very comprehensive collection, on two floors, of exhibits and detailed information. I always look forward to coming to these places because, having a huge interest in this period of U.S. History, I know I will learn something new. I did! A very remarkable museum.
Written 8 maja 2021
This review is the subjective opinion of a Tripadvisor member and not of Tripadvisor LLC.

Angel K
2 contributions
Great museum but be reminded of subject
kwi 2021
It is a great museum but be mindful of the subject matter and prepared to be disturbed. Graphic visual reminders of the bloody nature of the conflict and tragic events. Not a lighthearted day trip.
Written 6 kwietnia 2021
This review is the subjective opinion of a Tripadvisor member and not of Tripadvisor LLC.

Matt
Pensylwania97 contributions
I’m a history buff and found it only ok..
mar 2021
I’m a history buff and found it only ok.. First getting to the museum is not easy and you have to travel through the absolute worst part of Harrisburg,be warned and lock your doors not the museum’s fault where it is but there is no other way to get there. That said the view is beautiful when you get there. Ok. As for the price not unreasonable at $12 with AAA. What my major disappointment was that this museum was supposed to tell the whole story, kinda like AMR in philly. And while they did mention some incredible facts like this was the first photographed war, first war with Grenades, etc I just felt this was more of an “artifact” and not story telling museum. There certainly were neat pieces like tons of revolvers, uniforms and flags, but with the exception of the well presented first shot exhibit , Lincoln information and end at Appotomax the middle was severely lacking. I give credit for the neat reading on the wall explaining the truth that, yes indeed it was about more than slavery, but they really didn’t explain more than that. Huge missed opportunity as sadly many believe it was only about slavery..Now as for the artifacts there were certainly some incredible ones, like a piece of the wallpaper from PETERSEN house( museum has it misspelled as Peterson in the exhibit that’s why I pointed that out) and plenty of amazing flags like ones that flew in the confederacy and Union navy for example.also very gun heavy, if you love civil war guns you’d love this museum. Last thing that was a slight disappointment- staff member mentioned you could see 3 countries from their observation area- and while true there was absolutely zero information there showing you where things took place to what you were looking at- other observation areas have that- maybe put a map up there showing you that . But the view was nice! Overall, while it’s worth a trip, know going in you are not getting the whole war story. I was disappointed as based on their site that’s what I was expecting. That said, I would say it’s a nice add on to any Gettysburg trip if you have time but find other things to do in the Harrisburg / Hershey area, as it’s a 2 hour at most museum. But if you go in expecting that you’ll be ok, and the admission isn’t outrageous.
Written 8 marca 2021
This review is the subjective opinion of a Tripadvisor member and not of Tripadvisor LLC.

Amemoose
11 contributions
Spectacular exhibits!
sty 2021
I was shocked when we pulled up to the Civil War Museum. It is HUGE. I am not a big history buff, but my daughter is, so I'll admit that when I saw the size of the place, I was dreading spending all day staring at flat paintings and musty uniforms of the Civil War. I couldn't have been more wrong. This museum is engaging and has incredible exhibits that really draw you in. Some of the very first exhibits actually brought me to tears. Beautifully crafted wax figures are brought to life with ingenious audio and lighting to tell the stories of families impacted during the war. There are tales of wealthy Southerners, military men, and slaves. It's heartbreaking, informative, and incredibly well done.
Written 9 stycznia 2021
This review is the subjective opinion of a Tripadvisor member and not of Tripadvisor LLC.

MissMem
Memphis, TN1 146 contributions
Excellent and EXtensive
wrz 2020
This museum offers an excellent and extensive history of the Civil War. It is filled with remarkable remnants and artifacts. Our two and one half hour visit included listening to accounts and historical commentaries of the war.
Written 16 listopada 2020
This review is the subjective opinion of a Tripadvisor member and not of Tripadvisor LLC.

We spent a little more than two hours here and really enjoyed the visit, being history buffs and having a desire to see as many museums as we can, while out and about. It had quite a few exhibits and some interesting artifacts in the collection, but I was just a tad bit disappointed it didn't offer a lot more in terms of bigger items from the Civil War, like cannons, pieces of ships and buildings, etc. Being this is a national museum for that war, you would expect a mind-blowing display of everything for that period, but it fell a little short in that regard. I'd give it 5 stars if it was just another Civil War museum, but being the National Civl War Museum, it fell a little short, and also, numerous exhibits were closed down because of the freakout over Covid, so that put a damper on things.
Written 1 listopada 2020
This review is the subjective opinion of a Tripadvisor member and not of Tripadvisor LLC.

RFJ
Filadelfia, Pensylwania100 contributions
Overall Mixed Experience
paź 2020
I'll share the Good first: many interesting and rare artifacts from the period; facility takes COVID 19 seriously; well organized; lots of info (for those who like this sort of thing) on specific battles and generals.

For me, the Bad aspects were: videos blaring with actors portraying fake slaves and slave owning women (real documentation from the period is compelling enough; missed opportunity to educate on certain information. Clara Barton is just a footnote - there is certainly no mention of Eliz Van Lew and Mary Bowser as women of note. I particularly did not appreciate the photo of Black Confederate "veterans" that lacked context on their role (servant/people doing dirty work more so than full soldier) or lack of choice - this seemed to support a "lost cause" narrative and was very disappointing to me.
Written 25 października 2020
This review is the subjective opinion of a Tripadvisor member and not of Tripadvisor LLC.

fitzlee
Gettysburg, Pensylwania1 contribution
A must-see stunning memorial to the Civil War
paź 2020
What a gem!!! For anyone interested in history, the Civil War in particular, do not miss this stunning museum in Harrisburg. Well worth the trip from outlying areas, including Gettysburg.
This museum is well-planned to include both a chronological look at the war and very interesting personal stories and displays that put you in touch with the every day life of a Civil War soldier. It presents balanced history with beautifully written explanations.
Plan to spend some time. It will not disappoint. (and the city view of Harrisburg is a lovely bonus!)
Written 15 października 2020
This review is the subjective opinion of a Tripadvisor member and not of Tripadvisor LLC.

Ann P
Jermyn, Pensylwania53 contributions
So much to see
paź 2020
We stopped here on a rainy day and spent about 2 hours , and we didn’t get a chance to watch the film they had . There is so much to see, we especially liked the list of firsts that happened during the civil war' first Medal of Honor for example. If you don’t know anything about civil war history, this museum will help you understand from the begining all the factors that contributed to this terrible war. Price was reasonable and well worth it,, stop by.
Written 13 października 2020
This review is the subjective opinion of a Tripadvisor member and not of Tripadvisor LLC.

Susan S
Lafayette, IN93 contributions
The complete story
paź 2020 • Pary
Very interesting, it shows both sides of the war and had so many interesting artifacts. I also enjoyed the little movies showing different personal perspectives and who folks from various walks of life. It took us a couple hours to do the full museum
Written 11 października 2020
This review is the subjective opinion of a Tripadvisor member and not of Tripadvisor LLC.
2
…
110
Showing results 1-10 of 1092

Carly H
Little Rock, AR0 contributions
I went to the website and it only lists visiting hours for Fall/Winter season. I'll be in the area in July - what are the hours and rates for this time of year?

Jay
North East, Maryland45 contributions
Are there places to sit down when tired? My wife can only walk so much and then needs to sit for a few. Are wheelchairs available?

Curiosity41901369269
118 contributions
Yes, there are places to sit. I'm not sure if wheelchairs are provided. The best thing to do is call the museum to see if they have wheelchairs.
Przeczytaj wszystkie odpowiedzi

bella672c
Salem, NH1 contribution
What is the cost -are there military 0r senior discounts

FJ401970
Hanover, Pensylwania4 contributions
It varies if a car load of folks or one person. Sorry I can't be more specific.
Przeczytaj wszystkie odpowiedzi

Trini N
Harrisburg, Pensylwania0 contributions
Yes, I hope that you enjoy your visit with us!
Przeczytaj wszystkie odpowiedzi

backjudge1
Vermilion, OH0 contributions
Is there a research area for Pennsylvania regiments? I am from Ohio, but my great-great grandfather was a member of the 21st Pennsylvania Cavalry.

Trini N
Harrisburg, Pensylwania0 contributions
The best place to start would be to contact the US Army Heritage & Education Center in Carlisle, PA and check one of their reference bibliographies on the 21st PA Calvary. I hope this helps!
Przeczytaj wszystkie odpowiedzi

Karen M
Winter Garden, Floryda15 contributions
I believe it is around $7.00 for seniors.
Przeczytaj wszystkie odpowiedzi

GSB6433
Harrisburg, Pensylwania2 contributions
Hi, GSB6433. What would you like to know about this attraction? Is there a handicapped entrance to avoid stairs. Is it easy to locate?

Trini N
Harrisburg, Pensylwania0 contributions
Thank you for your interest in visiting The National Civil War Museum. Yes, we do have a handicapped entrance which is located in the front of the building. We hope that you enjoy your visit with us!
Przeczytaj wszystkie odpowiedzi

Sharon R
Rochester, Nowy Jork395 contributions
has anyone been to a wedding reception at this location?

John C
15 contributions
I do not know, but it would be a great place.
Przeczytaj wszystkie odpowiedzi
Wyświetl wszystkie
Also popular with travelers
Zobacz wszystkie
Anything missing or inaccurate?
Suggest edits to improve what we show.
Improve this listing
Często zadawane pytania dotyczące obiektu National Civil War Museum