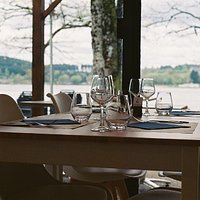 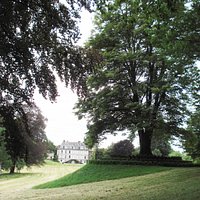 Arboretum du château de Neuvic d'Ussel
30
0.1 kmCharakterystyczne obiekty i ciekawe miejsca • Zamki
Eglise Saint Etienne
89 mKościoły i katedry
Zobacz wszystkie
Contribute
Write a reviewUpload a photo
4.5
9 reviews
Excellent
5
Very good
4
Average
0
Poor
0
Terrible
0
DJS54
Braintree, UK841 contributions
Utterly Fascinating
paź 2018 • Wyjazd w pojedynkę
I was planning to come and visit the Resistance Museum anyway but I was further drawn here by an advert about an exhibition of photographs of the resistance camps during the Second World War. The [Correze] Departmental Museum of the Resistance is an unprepossessing building in a fairly nondescript side street in the small village of Neuvic, in fact despite signs pointing the way it is relatively easy to miss it.
Stepping inside, the member of staff explained that the museum was split into 3 areas. The ground floor off to the left contained the photograph collection I had come to see and the remainder of that floor was dedicated to the Statesman Henri Queuille. He was a local doctor who between the wars held various ministerial appointments and who became Prime Minister on three occasions after WW2. The whole of the upstairs was the other reason for my visit, displays about the Resistance activity in the Haute Correze and the Gorges of the Haute Dordogne during the latter stages of the Second World War.
Back to earth, at least on the Ground Floor, were the black and white photograph, the existence of which must have posed a unique threat at the time to the Maquisards depicted, capture stark images of several of the freedom fighters and the conditions in which they lived in the various makeshift camps around the area. Grainy faces stare back at the camera with a kind of haunted look that seems typical of the era.
Sharing the floor, the various displays about Henri Queuille go into great detail about his life, positions of state, honours he was awarded etc. interesting in itself but learning about him wasn’t the reason I had come.
Climbing the stairs to the first floor you encounter a vast amount of detail about the Resistance Activity in the area during the latter stages of the War, principally after the occupation of the Vichy controlled areas. Detailed display boards on the walls cover many subjects and these are supplemented by a Free Audio tour, the kind that has numbered symbols in different areas that equate to the different sound clips on the device – one picks up the recorder at the Information Desk by the entrance and the soundtrack is available in at least English and French. There are photographs, models, memorabilia, uniforms, maps and display cases of weapons and ammunition. Separate to this I found one particular exhibit fascinating, a period radio which on demand played snippets of a BBC broadcast during the war featuring General de Gaulle as well as different coded messages to different Resistance Groups, all heralded by the now familiar opening bars of ‘Beethoven’s Fifth’. Equally on one wall there were two maps side by side, one showing the location of the various landings/supply drops and the other the location of the different acts of sabotage carried out at the time, the sheer scale of which were eye-opening given that these just depicted events in the Correze. There is also a wealth of detail about the multiple organisations that comprised ‘the Resistance’ – the Armée Secret (AS) and the Francs-Tireurs et Partisans (FTP) amongst them for example, and people and their positions within them.
I was so pleased I made the trip, it was a fascinating and eye-opening insight into the clandestine world of the Maquis and their fight against oppression and occupation.
Written 1 grudnia 2018
This review is the subjective opinion of a Tripadvisor member and not of Tripadvisor LLC.
Huw W
Londyn, UK354 contributions
Worth a visit
lip 2014 • Znajomi
2 museums for the price of one ! This museum covers the history of world war 2 local resistance, with many interesting items from the time such as weapons, uniforms, maps etc. It also tells the life of local boy made good, Henri Quelle, who was Prime Minister of France and a minister several times, as well as one of very few opposed to giving Marshal Petain absolute power. Allow about 60-90 minutes (entrance in the middle of the walking street behind the tourist office, running down from the town hall)
Written 16 lipca 2014
This review is the subjective opinion of a Tripadvisor member and not of Tripadvisor LLC.
Henri Q
Merci pour votre commentaire. A noter également que l'entrée au Musée est totalement GRATUITE toute l'année.
Written 25 listopada 2014
This response is the subjective opinion of the management representative and not of Tripadvisor LLC.
No questions have been asked about this experience
Ask a question
Anything missing or inaccurate?
Suggest edits to improve what we show.
Improve this listing
Często zadawane pytania dotyczące obiektu Musée Départemental de la Résistance Henri Queuille